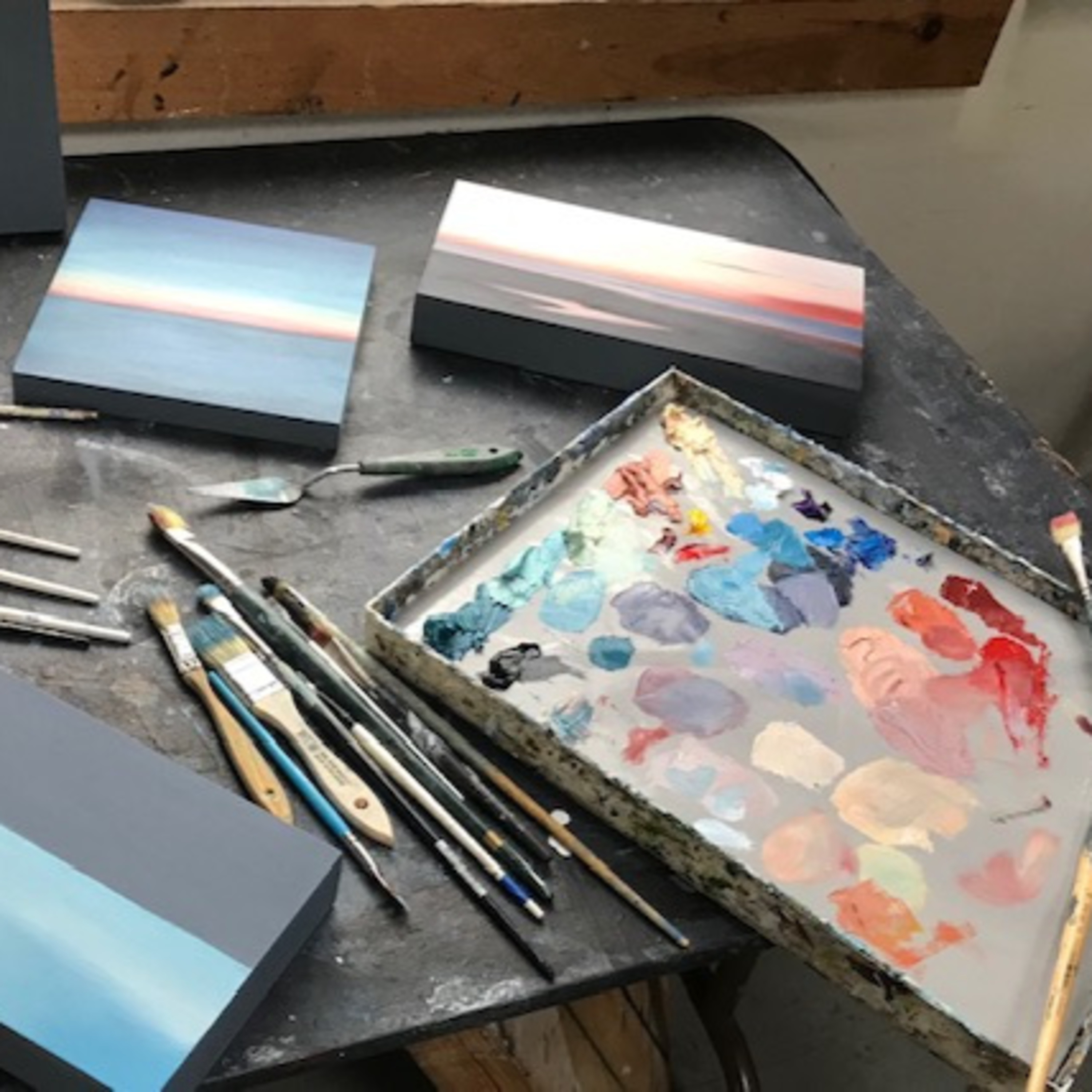 Christie Scheele is an artist living in the Catskills, whose art is collected nationally and internationally by hundreds of private and public collectors. She says, "The single most distinctive aspect to what I do as a landscape painter lies in my ability to reduce a scene to its essentials. This gives the viewer what is important, without the distraction, or visual clutter, of too much detail. Both by providing this overview and by using soft, scumbled edges, these paintings can quiet a viewer's mind and evoke a more direct response."

In this episode, we catch up with Christie by phone to see how she's been handling art-life in quarantine, and then rewind 5 months to a conversation we recorded with a live audience at Albert Shahinian Fine Art Gallery, in Rhinebeck, NY.

Thanks to our sponsors: Albert Shahinian Fine Art, and the Catskill Mountains Scenic Byway.