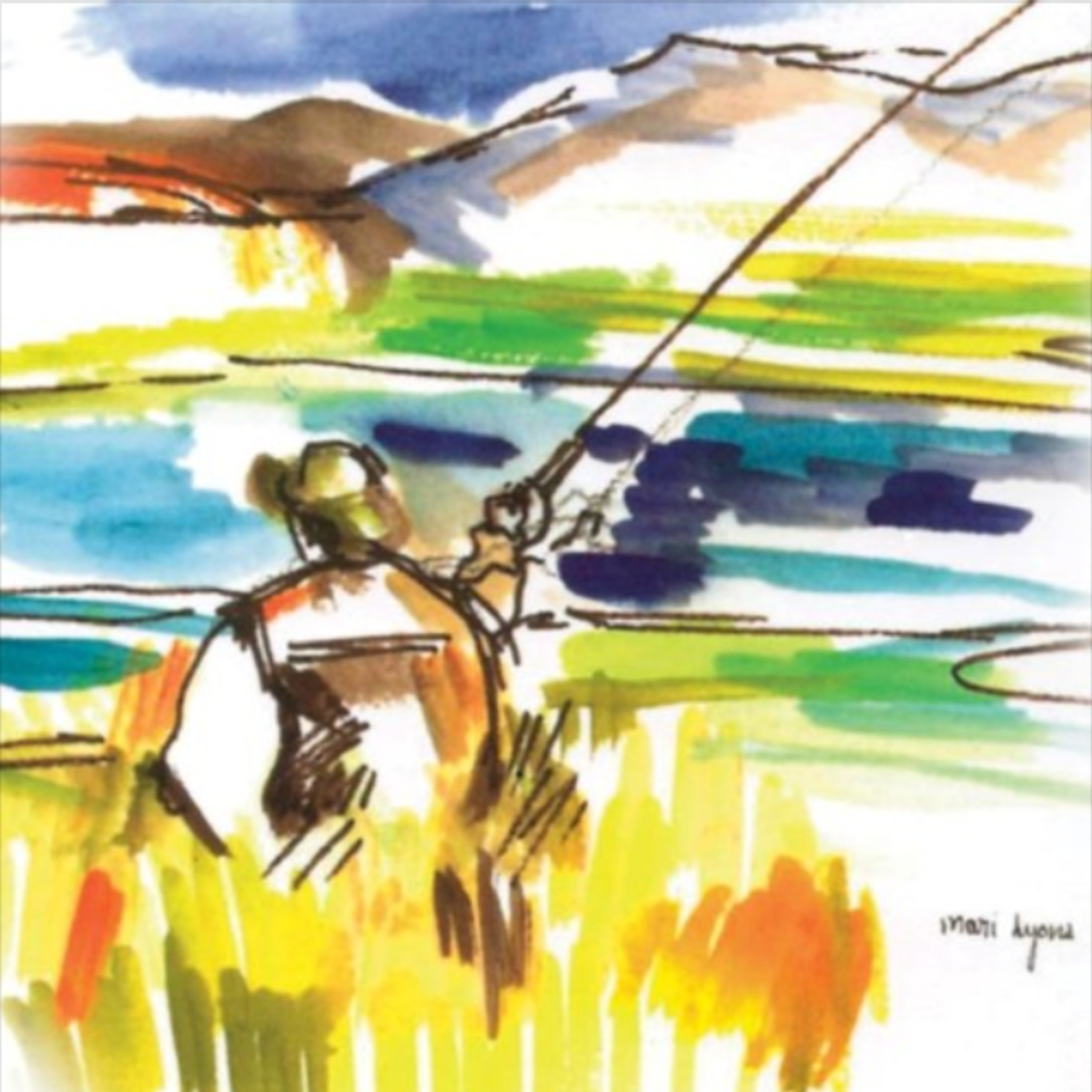 We recorded 85-year-old Nick Lyons at the Jerry Bartlett Angling Collection in Phoenicia, NY, as part of its "Sporting Legends of The Catskills" series.

From that event: "Nick began to fish as a child during summers at the Laurel House in Haines Falls, when the hotel was owned by his grandfather. He went on to wet a line just about everywhere he could find water — from Steeplechase Pier in Brooklyn to the Catskill Mountains, and beyond.

Nick is widely known for his popular “Seasonable Angler” column in Fly Fisherman Magazine, which he wrote for decades. In articles for Fly Fisherman and other publications, and in more than a dozen books, he chonicled his fishing adventures all over the world. Meanwhile, he pursued a busy life as an English professor at Hunter College and as a book publisher.

Nick’s late wife Mari was an accomplished artist who accompanied Nick on many of his journeys. Her watercolors and sketches appear in all of his later books."

Thanks to Beth Waterman and the Jerry Bartlett Angling Collection; and to our sponsor, the Catskill Mountains Scenic Byway.