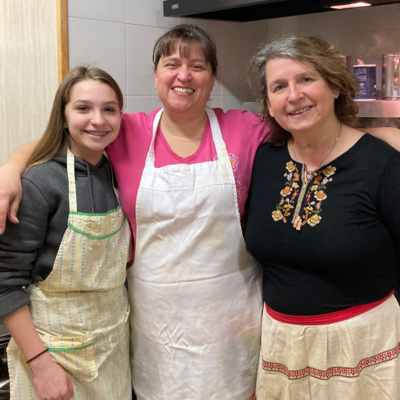 On March 19th, 2022, a Pierogi and Borscht fundraiser at the Ukrainian Catholic Church in Jewett, NY, brought in thousands of dollars for the people of Ukraine. We spent some time in the kitchen with organizer Switlana Breigle, parishioners, and volunteers with deep connections to Ukraine. This fundraiser supports the efforts of the Ukrainian American Freedom Coalition, "providing material and logistic assistance to the Ukrainian people in need of help with humanitarian supplies." There are already plans underway for another event soon.