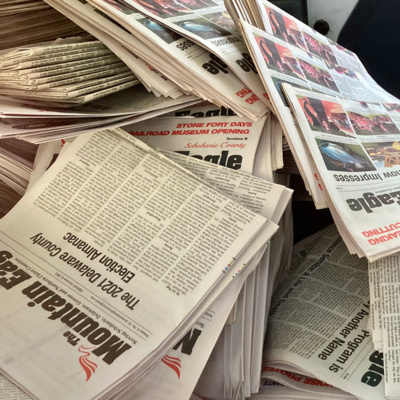 This year, The Mountain Eagle celebrates 40 years of newspaper publishing, and a relaunch in 2017 brought expanded coverage to Schoharie, Delaware, Greene, and northern Ulster counties. Join us for a conversation with publisher Matt Avitabile on local Catskills journalism and the nuts and bolts of creating and distributing a weekly paper in an increasingly digital age.

Thanks to our sponsor: the Catskill Mountains Scenic Byway
Production intern: Jared Lyman

Want to help us grow our audience? Please tell your friends and family about this podcast, and stay in the loop with our twice-a-month newsletter!